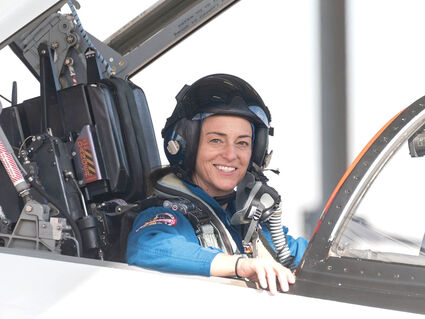 Nicole Mann poses for a portrait in a T-38 trainer jet at Ellington Field in Houston, Texas, in 2018.

HOUSTON, Tex.-Recently the Dragon Endurance spacecraft, built by SpaceX, launched a voyage to the International Space Station. The flight made history because one of the astronauts, mission commander Nicole Mann, became the first Native American woman to enter space.

Mann, a 45-year-old member of the Wailacki of the Round Valley Indian Tribes, is serving as mission commander for the SpaceX Crew-5 mission. The flight marked the sixth time Elon Musk's space company has ferried astronauts to the ISS on behalf of NASA.