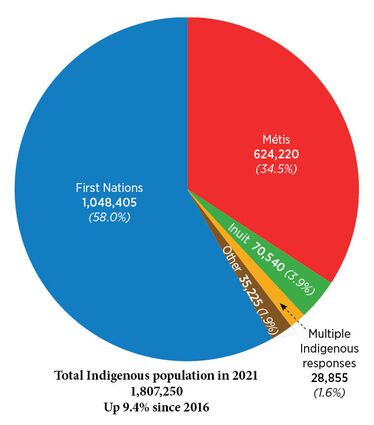 OTTAWA, Ont.-In late September, Statistics Canada presented reports based on the 2021 census. The census report includes expected, and surprising data, on the Indigenous population in Canada.

Some of the findings: