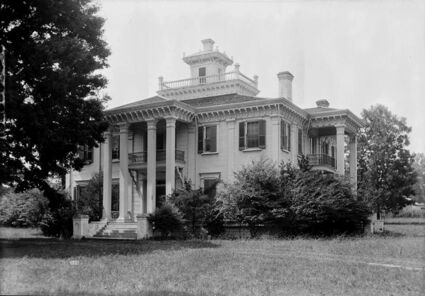 Choctaw chief Greenwood LeFlore had 15,000 acres of Mississippi land (above, his Mississippi home Malmaison) and 400 enslaved Africans under his dominion. At question now are the tribal rights of slaves who were owned by Native Americans.

WASHINGTON, D. C.-Oklahoma's five largest tribes split in late July on the terms of treaties signed more than 150 years ago regarding their treatment of descendants of their former slaves, and on what those treaties require.

The hearing before the Senate Indian Affairs Committee was the first to bring together federal officials, tribal representatives and descendants of the Freedmen, the former slaves of the five tribes who were offered varying levels of tribal rights after the Civil War, said Sen. Brian Schatz, D-Hawaii.

"We will have a respectful dialogue, these issues are hard, we're tal...