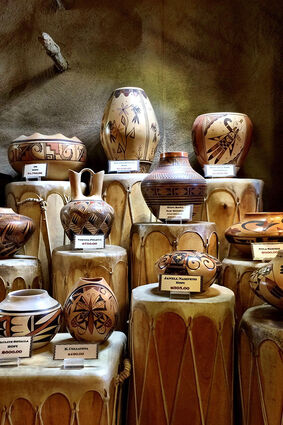 The American government is breathing fresh life into the Buy Indian Act.

WASHINGTON-Native American Tribes are hopeful an update to a century-old law will spur tribal economies and create a uniform approach to contracting procedures involving the Bureau of Indian Affairs and the Indian Health Service.

The Buy Indian Act, created in 1910 to set aside government procurement contracts for Native-owned businesses, affects only the BIA and IHS. Still, in 2015 the Government Accountability Office reported only 12 percent to 15 percent of IHS contracts went to Indian-owned businesses, and it suggested sweeping reform is needed to increase contract opportunities.

On Jan. 13, the IHS released its final rule on the Buy Indian Act in response to the BIA's final rule, which was released in December. The IHS said benefits of its final rule include expanding the Buy Indian Act to include all construction and removing regulatory burdens by allowing Indian economic enterprises to increase subcontracts, removing construction restrictions for the enterprises and clarifying the language of the act and its procedures.

"These new provisions are a step in the right direction, and I believe many tribes, including our business arm, may want to take advantage of the opportunity," said Chuck Hoskin Jr., principal chief of the Cherokee Nation.

Over the past decade, Cherokee Nation Businesses have generated $728 million. In northeastern Oklahoma, the nation and its businesses make an annual economic impact of $2.16 billion.

The IHS's final rule is expected to generate $200 million in contract opportunities, a huge leap from last year's yield of $55.9 million.

Choctaw Nation Chief Gary Batton said he is "pleased with the IHS's commitment to providing economic opportunities for Indian-owned and controlled businesses."

The anticipated revenue increase is expected to come from "set-aside procurement contracts," which would prioritize Indian-owned and controlled businesses for BIA and IHS government contracts. The new rules from the IHS would also create more opportunities for non-tribal businesses to partner with tribal businesses. A tribally-owned business is any that is at least 51% owned by an Indian tribe.

"The Buy Indian Act's improved regulations will help our Chahtapreneurs (Choctaw business owners) and our tribally-owned businesses to expand and grow, ultimately helping our tribe and its members to thrive," Batton said.

The Choctaw Nation's website states that Choctaw businesses "generate hundreds of millions of dollars annually" and "create more than 6,000 jobs for tribal and non-tribal Oklahomans." The revenue generated by the tribe is dedicated to tribal assistance programs such as health care and education. 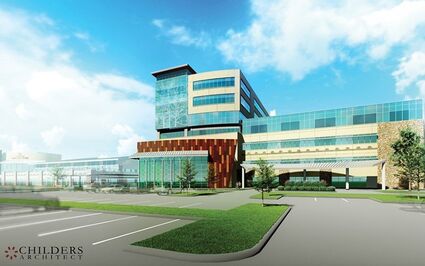 An artist's rendering of the new Cherokee Nation Hospital, announced in December, which will replace the 40-year-old facility in Tahlequah, Oklahoma. The Buy Indian Act recently was expanded to cover all construction, including construction of such health care facilities.

In 2020, Harvard researchers estimated that Native businesses could lose up to $50 billion during COVID-19, and 1.1 million tribal business workers-Native and non-Native-could lose their jobs. With IHS and BIA prioritizing Buy Indian set-asides instead of businesses that are not Indian economic enterprises, Native companies and employees could see a chance to recoup from pandemic-related economic losses.

The IHS's final rule is set to go into effect on March 14. The updated policies will allow for collaboration between the IHS and the BIA to effectively enforce the new procedures.

Gaylord News is a reporting project of the University of Oklahoma Gaylord College of Journalism and Mass Communication. For more stories from Gaylord News, visit gaylordnews.net.