B.C. promises broadband to all 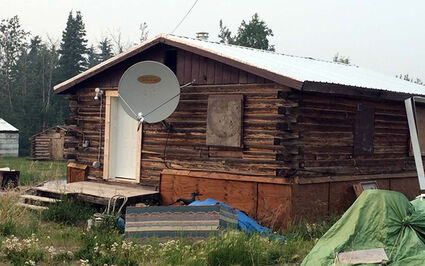 A satellite dish serves a home in Beaver, Alaska, from a 2016 GAO report on challenges in bringing internet access to tribal areas.

B.C. is promising that every home and community will have the service by 2027, a promise announced in last month's budget.

In a joint statement, Minister of Citizens' Services Lisa Beare and Minister of Jobs Ravi Kahlon say the plan means many First Nations communities will have high-speed Internet access for the first time.

"This joint record investment of $830 million between the federal and provincial governments means many First Nations communities will have high-speed internet access for the first time-advancing true, lasting and meaningful reconciliation and self-determination. Approximately 115,000 households in rural, remote and Indigenous communities that are still underserved will now have the same digital economic opportunities as larger urban communities," the statement promises.

The funding will be evenly split between the federal and provincial governments, which will cover the cost of infrastructure including low-orbit satellites or fixed and fiber Internet connected to homes and businesses.