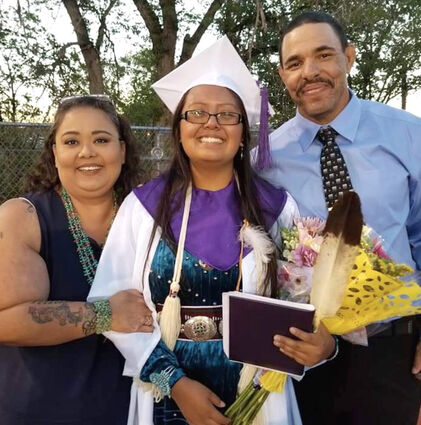 PHOENIX-Just minutes before her high school graduation in Gallup, New Mexico, three years ago, Dakotah Harvey was told to remove the eagle feather from her mortarboard or she would be escorted out of the ceremony and her diploma would be withheld.

Her grandfather had tied the feather to the cap's tassel earlier that day, Harvey told Cronkite News. He loaned it to her after performing a Navajo prayer in celebration of her achievement.

"I didn't have the heart to tell him I couldn't wear it," Harvey said.