Uvagut TV ("Our" TV) broadcasts 168 hours a week of Inuit-produced culture, arts, movies and information programming available nationally to more than 600,000 Shaw Direct customers as well as Arctic Co-ops Cable subscribers in Nunavut and NWT. Other satellite and cable systems will be added and viewers around the world can stream programs online at Uvagut TV online 24 hours a day at uvagut.tv

Uvagut TV broke ground as the first Indigenous–language channel and, with APTN, only the second Indigenous television service among 762 broadcasting in Canada. The resource has been four decades in the making.

"For me, Uvagut TV is a dream come true-to see Inuit culture and to hear our language full time on TV," says Lucy Tulugarjuk, NITV Chair and Executive Director, and director of the Inuit-language children's film, Tia and Piujuq. "As our elders pass away, we are fighting against time to keep Inuit culture and language alive for our children and grandchildren. TV in Inuktut all day every day is a powerful way to keep a living language for future generations."

Filmmaker Dr. Zacharias Kunuk O.C., NITV co-founder and Head of Isuma, welcomes the historic breakthrough. "We've been independent from day one and after 35 years we finally have our own channel," he says. "Our ancestors survived by the strength of their wits and their community. These new ways of storytelling can help Inuit survive for another thousand years. People who turn on Uvagut TV any time of day or night will see our own stories in our own language."

"I believe that Inuit deserve to see these programs," Manitok Thompson, the CEO of IBC, said in a statement. "They have a right to hear Inuktitut in their homes and learn more about their ancestors."

For now, IBC says they will provide the material at no charge, and will absorb the costs internally.

"IBC is willing to work with anyone to bring our priceless programming to the public. Elders have been waiting for over 20 years for this to happen," Thompson said.

Eventually, program providers will be paid to have their content shown on Uvagut TV-but not until after the first six months, Tulugarjuk said.

"At the moment, this is a six-month test, so at this time NITV is covering the cost, so the program providers are not paying at the moment," she said.

A spokesperson said that in the absence of external funding, all program suppliers have agreed to defer licensing fees to get the channel on the air. 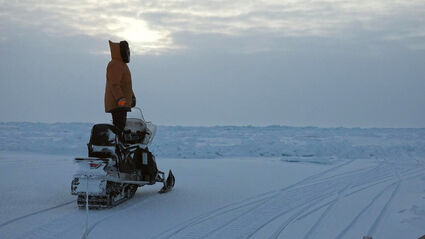 NITV is an Inuit-owned and controlled non-profit Northern Online Distributor and Eligible Broadcaster. Founded in 1991 in Igloolik, Nunavut, as a training center for Inuit community filmmaking, NITV is dedicated to the enhancement and preservation of Inuktut and Inuit culture through the creation and exhibition of Inuit video art linking Nunavut communities through Internet television channels and local access internet-TV, media training and digital literacy initiatives, and the production and distribution of Inuktut video, film, and now broadcast television.