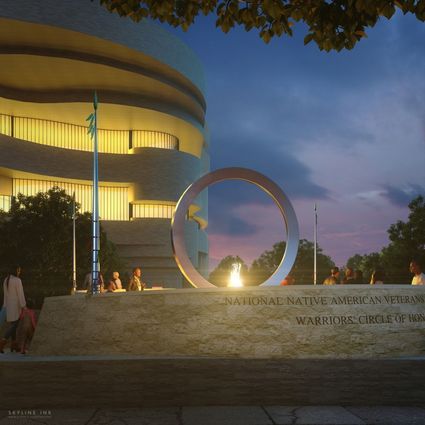 WASHINGTON, D.C.-After 25 years in the making, the National Native American Veterans Memorial opened on the National Mall in Washington, D.C., on November 11, 2020, which was Veterans Day.

"It's an article of faith in Indian country that Native Americans serve at a greater rate than basically any other group," said Kevin Gover, the director of the Smithsonian's National Museum of the American Indian (NMAI) and a citizen of the Pawnee Tribe of Oklahoma. He said the steel ring sculpture over a carved stone drum will become hallowed ground.