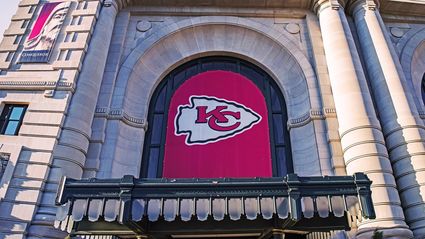 The Kansas City Chiefs are evaluating their Native American appropriation.

KANSAS CITY, Mo.-Right on the heels of the Washington Redskins changing their name, other sports teams in North America are making changes to show respect for Indigenous people.

On July 20, the Edmonton Eskimos football club announced that they have dropped the word Eskimo from its team name, after many in the Inuit community have said the name Eskimo was offensive. Until a new name is selected, the organization will be known as the Edmonton Football Team or EE Football Team.

"We know that those who originally named the team did not intend to be disrespectful or derogatory-in fact the very opposite," said Janice Agrios, board chair of the club. "They were proud to associate themselves with such a resilient northern people.

In February, the Edmonton club announced that it would keep the name, following research that involved Inuit leaders and community members.

In early July, one of the organization's sponsors, Belairdirect, announced that their relationship with the team would be ended unless the team changed names. Other sponsors supported a review of the name.

"Recent findings demonstrate that views regarding the team name are shifting," the club said in a statement on its website. "While many fans are deeply committed to keeping the name, others are increasingly uncomfortable with the moniker."

On the south side of the border another change affects Native Americans. On July 29, the National Hockey League's Chicago franchise, the Blackhawks, announced that they will ban headdresses at home games as part of their pledge to honor the Native American community.

"These symbols are sacred, traditionally reserved for leaders who have earned a place of great respect in their tribe, and should not be generalized or used as a costume or for everyday wear," the team said.

The team plans to continue to use the Blackhawk name, which honors a Native American leader Black Hawk. The name was chosen in 1925 in honor of the World War I military Blackhawk Division, which was named after the Sauk nation leader.

However, Chicago plans to integrate Native American culture and storytelling into game presentation and community involvement. "The Chicago Blackhawks name and logo symbolizes an important and historic person, Black Hawk of Illinois' Sac & Fox Nation, whose leadership and life has inspired generations of Native Americans, veterans and the public," the NHL team said in a statement in early July. "We celebrate Black Hawk's legacy by offering ongoing reverent examples of Native American culture, traditions and contributions, providing a platform for genuine dialogue with local and national Native American groups."

In August, the 2019 Superbowl championship team, the Kansas City Chiefs, announced changes in allowances of Native appropriation. During this season the Chiefs have prohibited the wearing of Native American headdresses and face paint and clothing that reflects Native American designs. The Chiefs also said they are "engaged in a thorough review process of the Arrowhead Chop," which is also used by fans of the Florida State Seminoles, Atlanta Braves and other teams.

A statement from the Chiefs says, "In 2014, we began a dialogue with a group of local leaders from diverse American Indian backgrounds and experiences. As an organization, our goal was to gain a better understanding of the issues facing American Indian communities in our region and explore opportunities to both raise awareness of American Indian cultures and celebrate the rich traditions of tribes with a historic connection to the Kansas City area."

Some controversy is still centered around the name, however, Kansas City historians point out that the team name is actually a reflection of the mayor who was instrumental in relocating the Dallas Texans to Kansas City in 1963. Mayor Harold Roe Bartle was referred to as the Chief. 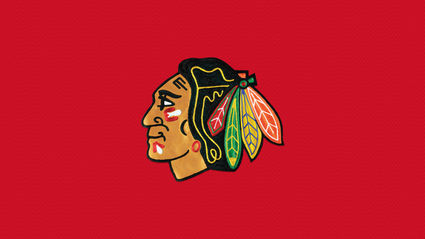 Headdresses will be banned at Chicago Blackhawks games