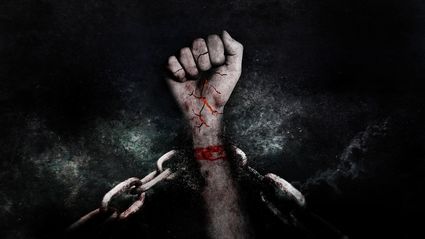 I want to conclude my series based on my book, Walking with the Creator, with thoughts from the final lesson, The Creator's Victory.

The beguiling serpent offered Eve some intriguing lies. He told her that the fruit from the tree of the knowledge of good and evil would taste good and make her wise-and that contrary to what God told her, she really would not die. God had given her every good tree in the Garden except for the one that involved evil.

I wondered why such a tree attracted her. I concluded that she had no concept of its bitter fruit. She had never experienced fear, pain, depression, violence and heartache. She did not yet know that her husband would blame her for their predicament nor that one of her sons would murder another son.

God could bring all of humanity to their knees by a show of splendor and power, and He will do that one day, but for now, He romances those who will walk with Him through the rubble of a broken world brought on by disobedience. He gives us the opportunity to love Him simply for Himself and to love others as He loves us.

Our merciful Creator did not leave Adam and Eve without hope. They paid a terrible price, but God covered their shame with the skins of a slain animal. Death entered the garden, foreshadowing the price Christ would pay on the cross. He promised to put enmity between the serpent (Satan) and the seed of the woman (Jesus). He said, "He will crush your head, and you will strike his heel."

God kept His promise. His story begins with Adam and Eve. The seed of the woman continued through the centuries to include the righteous like Enoch, Noah and Abraham. It also included scoundrels like Jacob, whose name God changed to Israel, and to his son Judah, who sold Joseph, his brother, into slavery.

The seed of the woman is a story of grace. Christ's lineage includes Rahab, the harlot, from Jericho and Ruth, the Moabitess, who became the great grandmother of King David. David became the father of Solomon through Bathsheba, the wife of Uriah, who died in battle due to David's scheme to cover his adultery.

The seed of grace continued through generations of warriors and kings. Centuries passed; kingdoms rose and fell as the battle between the offspring of the serpent and the seed of the woman raged. Some kings walked with God and others did not. Some priests turned men and women to God while others turned God's truth into a lie. God continued to share His message through the prophets; His message never changed. He promised unbelievable grace to those who walked with Him and certain destruction to those who aligned themselves with the Serpent.

We can take God's hand and walk with Him through the trials of life, trusting Him and loving Him-no matter what. Our loving Redeemer paid the price for our redemption.

I invite you to read Paul's prayer for all of us:

I have not stopped giving thanks for you, remembering you in my prayers, that the God of our Lord Jesus Christ, the Father of glory, may give you the Spirit of wisdom and of revelation in the knowledge of him, having the eyes of your hearts enlightened, that you may know what is the hope to which he has called you, what are the riches of his glorious inheritance in the saints" (Ephesians 1:16-18).

I pray that out of his glorious riches he may strengthen you with power through his Spirit in your inner being, so that Christ may dwell in your hearts through faith. And I pray that you, being rooted and established in love, may have power, together with all the Lord's holy people, to grasp how wide and long and high and deep is the love of Christ, and to know this love that surpasses knowledge-that you may be filled to the measure of all the fullness of God. Now to him who is able to do immeasurably more than all we ask or imagine, according to his power that is at work within us, to him be glory in the church and in Christ Jesus throughout all generations, for ever and ever! Amen. (Ephesians 3:16-21).

Sue Carlisle grew up on the Wind River Reservation in Wyoming. An enrolled member of the Ponca Tribe of Nebraska, her passion is to encourage people to look at creation and see our awesome Creator.

Sue is author of Walking

with the Creator Along the

Life Books). She and her