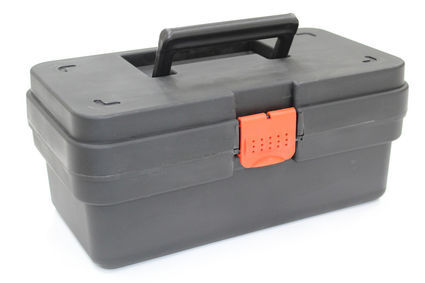 Tabloids do their best to start rumours. Here are a few headlines I'm not making up: "Farmer shoots 23-pound grasshopper."

"Satan's Skull Found. Bible experts call it the find of the century."

Speaking of the devil, I heard a rumour that he was going out of business. He had a Blow Out Sale at his store there on 666th Avenue, offering to sell his tools to the highest bidder. His minions welcomed customers with sneers. Tools were marked down and showcased: pride, hate, greed, lust, anger, deceit, and the rights to some TV shows he's been writing for Netflix. In the middle of it all was an antique. A well-worn wedge-shaped object. The price tag was enormous.

A young man asked why it was so expensive.

"Aha," snickered the devil. "It is my most useful tool. I love to wedge it into someone's mind."

"Discouragement," he snorted. "They get discouraged, they lose hope. Then I've got 'em. I've used it since the dawn of time. I'll give you 10 percent off, today and today only."

But the young man couldn't afford the price. So Satan is still using that wedge today.

Like the tale of the skull and the typhoon sneezer, this rumour isn't true, of course, but there's truth in it. Discouragement is as ugly as a 23-pound grasshopper. Of all the wicked tools in his toolbox, it's one the devil uses effectively on me. And sometimes we use it on each other. The words of a boss, a parent, or spouse can haunt us, causing chronic discouragement to swirl, sapping our strength, sucking our joy, keeping us focused on past failures and present difficulties.

Discouragement is courage running a deficit. And it's nothing new.

Goliath used it on David in 1 Samuel 17, mocking his God and his pitiful sling and five smooth stones. Boxing legend Muhammad Ali used it on his opponents, taunting them, "That don't hurt. I thought you were supposed to be bad."

Satan taunts us too. His mission is to dis-courage us with crippling fear that gets us off track. But God's plan is to en-courage us with confident faith that whatever happens, He will keep His word.

When derailed by discouragement, gratitude helps us back on track. The Bible is filled with prescriptions from the great physician who loves us and has the remedy for whatever troubles us. Hang on to his promises. He is faithful. He says, "I will never forsake you...I will supply all your needs...I will give you rest."

In the face of all you face, stand on His promises and give thanks for His faithfulness. The devil will be out of business one day. Until then, this is the pathway to bidding that 23-pound grasshopper of discouragement goodbye.