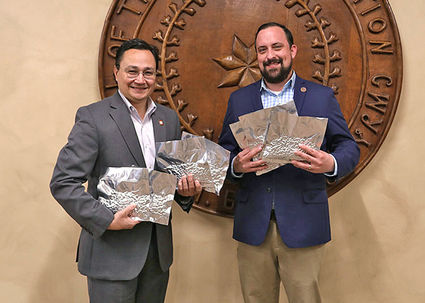 TAHLEQUAH, Okla.-The Cherokee Nation is the first tribe in the United States to receive an invitation to deposit its traditional heirloom seeds to the Svalbard Global Seed Vault, a long-term seed storage facility housed deep inside a mountain on a remote island in Norway.

The Cherokee Nation Secretary of Natural Resources office collected nine samples of Cherokee heirloom crops to send to Svalbard, including Cherokee White Eagle Corn, the tribe's most sacred corn, which is typically used during cultural activities, and three other varieties of corn grown for consumption in distinct location...