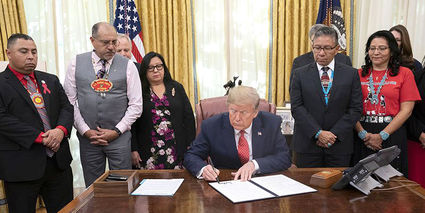 WASHINGTON, D.C.-President Donald Trump authorized creation of an eight-member panel of federal officials Tuesday to coordinate the federal response to the problem of murdered and missing indigenous women.

The executive order signed Tuesday creates a task force of officials from the FBI, Bureau of Indian Affairs and the departments of Interior, Justice, and Healt...