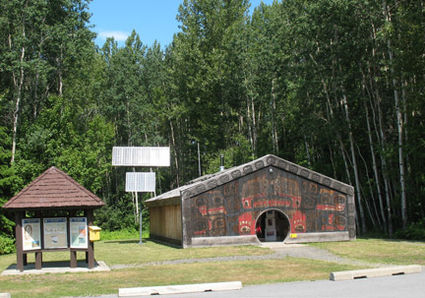 The Nisga'a Lisims information center. This nation's language is one being strengthened by the Canadian government.

VANCOUVER, B.C.-The Government of Canada and Nisga'a Lisims Government are pleased to announce an agreement to support the Nisga'a Nation's efforts to revitalize its language.

The Government of Canada will invest up to $6 million over six years to fund Nisga'a Lisims Government's language revitalization plan. The plan was established based on Nisga'a Nation priorities, and includes gathering and collecting information on Nisga'a language, culture and traditional practices, all of which will assist Nisga'a Nation efforts to maintain and strengthen the Nisga'a language within the Nation.