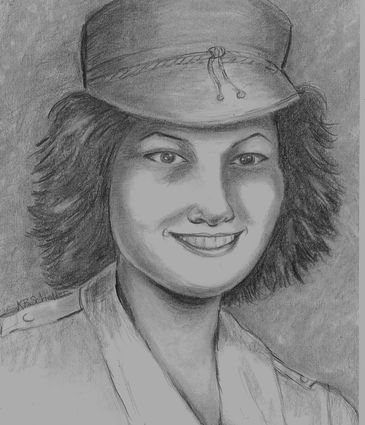 Nearly 800 Native American women served in the U.S. military during WWII. For several reasons their contributions-as were those of all women who served in the armed forces during that era-were largely unrecognized.

Perhaps the chief reason for such oversight in the WWII era is that, regardless of race or ethnicity, women as a gender were largely restricted regarding the capacities in which they were allowed to serve.

Among these unsung WWII heroines is Ernestine ("Ernie") Murphy. A full blood Stockb...