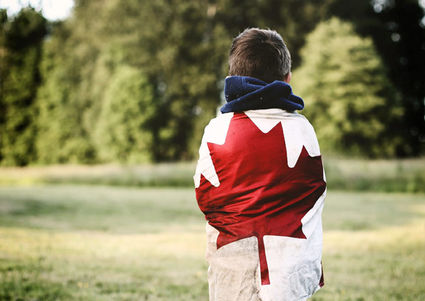 "Today we have made history and arrive at a turning point in our work to reclaim, revitalize, maintain and strengthen our languages," said AFN National Chief Perry Bellegarde. "Language is life and central to our identities and cultures. We know that when states uphold Indigenous languages their likelihood of survival increases. This is why we pushed for The Indigenous Languages Act, and it's why I'm so proud we now have the federal government's full support for this work. Today, we celebrate the work of our language champions who worked with Canada to create this legislation that will help ensure our children grow strong in their language and stronger in life, confident and proud in their identities and connected to their nations. This is an example of reconciliation in action and a meaningful way to mark 2019, the United Nations International Year of Indigenous Languages."

On February 5, 2019, Bill C-91, an Act respecting Indigenous languages, was tabled in the House of Commons with the objective to protect, promote, revitalize and strengthen Indigenous languages in Canada. The initiative to co-develop legislation with the AFN and other national Indigenous organizations was announced by Prime Minister Trudeau at an AFN Assembly in December 2016.

Bill C-92, An Act respecting First Nations, Inuit and Métis children, youth and families, was introduced in the House of Commons in February 2019. It was developed with direction from AFN Chiefs-in-Assembly and input by the AFN legislative working group which is comprised of technicians and experts from across the country drawing on years of advocacy and direction.

"Bill C-92 puts First Nations children first and is a major step in the right direction to address decades of failures that resulted in far too many of our children being torn from their families," said AFN National Chief Perry Bellegarde. "The goal with this legislation is to apply laws, policies and values to systems designed and implemented by First Nations for First Nations with the focus on providing every opportunity for our children to grow up feeling valued and connected to their families, cultures and nations. No one piece of legislation will fix the drastic and long-lasting impacts of a broken system, but with First Nations jurisdiction paramount we have a solid base for change. I urge all provinces and territories to work directly with First Nations on the implementation of this legislation."

The Act to Respect First Nations, Inuit and Métis children, youth and families affirms First Nations jurisdiction and creates space for First Nations laws and practices regarding their families. It respects rights in the context of implementing the UN Declaration on the Rights of Indigenous Peoples, which is the minimum international standard for the survival and dignity of Indigenous peoples. It sets out key principles that will prevent children from being removed from their homes unnecessarily, promotes children staying in their communities and nations and ensures the best interests of the child principle is understood and applied with a First Nations lens for children and families.