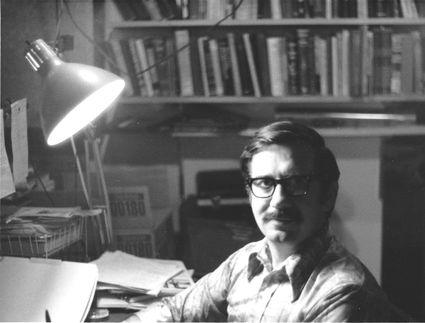 George McPeek was passionate about reaching Indigenous people through the printed page.

On a January day in 1988, I received a call from a George McPeek in Winnipeg, Manitoba, Canada. He called inviting me to come check out Intertribal Christian Communications, of which he was the founder and director.

A week or so later, I travelled to Winnipeg, and spent five days in the home of George and his family, getting to know them and the Indian Life staff. Seven months later my family and I moved to Manitoba where I began my work as Assistant Editor to George. This adventure was the beginning of a relationship which has lasted for many years.

Sadly, our friendship came to an end on May 18, 2019, when George passed from this life, the day before his 78th birthday.

George's life began on his family's farm near the small Saskatchewan town of Coronach, near the Montana border, on May 19, 1941. Those days were not easy for George's parents, especially his mother, as he wrote in a family history.

"You might say that my beginning began before I'd begun," George wrote. "At least, that is what my mother told me on my 21st birthday. It seems that sometime in the early fall of 1940, she discovered she was pregnant with child number eight, and she was not a happy woman. As was her custom, she vented her woes to God with many tears and impassioned pleas. Knowing her situation, her sorrow was understandable. She already had seven children ranging in ages from three to fifteen crowded into a three-room house with an attic. Drinking water was a quarter of a mile away. There was no electricity, running water or refrigeration. Well, she and the Lord battled things out until they came to a truce. Mom finally agreed to have this unexpected child on one condition-God was to make this baby His and use him or her in the Lord's service."

George worked on the farm with his parents and seven siblings. He graduated from his high school at the top of his class of six.

George continued his studies at Canadian Bible College in Regina and then attended language school in Meadow Lake, becoming fluent in Cree. Here was this farm boy from Saskatchewan who could speak Cree. He knew not only how to speak the language but also understood and taught Cree syllabics.

In the early 1960s, George met the future Mrs. Bessie McPeek. They began a long distance courtship via mail. With all their letter writing, George honed his writing skills. And it paid off because George and Bessie celebrated their 54th anniversary last January.

In addition to his gift of writing, George had many other gifts. Most prominent was his passion for music. He was a self-taught musician who learned to play the piano and accordion. He also sang and was known for his solos, as well singing in trios and quartets.

George was an artist dabbling in painting, especially with oils, and winning awards for his graphic art design. He also wrote poetry, devotionals, sermons and songs.

A funny guy, George was known for slipping in a joke here or there. Often one wouldn't know if he was really serious or if he was joking. That is until they caught his slight smile and a twinkle in his eye.

A good example of his use of humor, music and his writing was when he came up with "The Ballad of Bessie D" in which George told the story of his and Bessie's courtship.

George really caught the writing and publishing bug after the couple moved to Cass Lake, Minnesota, when he was given a temporary job of editing The Indian Christian. This sparked his desire to write and edit, and he got his master's degree in journalism from Wheaton (Illinois) College, while editing this magazine.

After receiving his master's, he received the news that the denomination that published The Indian Christian was cutting the funding, and the future looked grim. But George had a vision and was determined to press on. Around this same time he was contacted by another publishing colleague named Ray Gowan, who was from Rapid City, South Dakota. Gowan was getting ready to retire and was looking for someone to take over his Indigenous newspaper Indian Life. The two met and as they say, the rest is history.

George and Bessie and their three sons returned to Winnipeg where George gathered a group of Indigenous and non-Indigenous people and led them to form Intertribal Christian Communications (also known as Intercom) which became the publisher of the merged publication The Indian Christian and Ray Gowan's Indian Life.

The early days of Intercom were not easy, and there were times when it looked like the ministry would close its doors. But George believed in the power of media, and his passion for Native people to come to know Jesus as Creator and Savior was so strong that it propelled Indian Life forward. His desire was to see Indian Life find its way into every Indigenous home in North America. And while that goal hasn't been achieved, in the first ten years, Indian Life became the largest circulation Indigenous publication.

Another major publishing accomplishment was The Grieving Indian, which George co-wrote with Indigenous elder Arthur Holmes in 1988. This book became a bestseller, selling over 100,000 copies. George and Art held seminars based on the book across North America.

Declining health led to early retirement for George in 2004. Although he had heart disease, the main condition that affected his quality of life in his later years was Progressive Supranuclear Palsy or PSP. It slowly diminished his muscle control and eventually led to increased dementia. 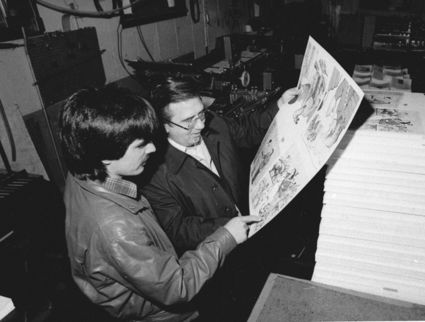 "He hasn't been the man we knew and loved for several years now," stated George's son Jordan, who served as emcee at his memorial service on June 14. "But we kept loving him and caring for him because we remembered what a gentle, loving, kind, selfless man he was. If that isn't an example for all of us, I don't know what is."