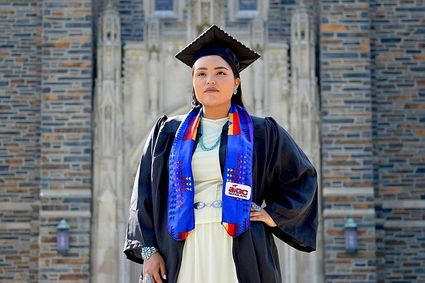 Shandiin Herrera has helped raise the profile of the Native American community on campus.

Senior Shandiin Herrera came to Duke understanding she wouldn't find many other Native American students on campus. The first year was harder than she expected.

Four years later she leaves as Duke's first Native American Udall Scholar and as a campus leader who has advocated for more institutional support for Native students. Herrera has helped members of the Native American Duke community better connect and make their presence known on campus.

"It's important to understand we are here," said Herrera, who also won the Undergraduate Student of the Year Award from the American Indian Graduate...