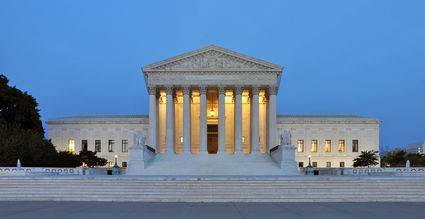 YAKAMA NATION, Wash.-The U.S. Supreme Court issued a landmark ruling recently in favor of Yakama Nation treaty rights. The Court agreed with the Washington Supreme Court that the Treaty of 1855 preserved Yakama Nation members' right to travel on the public highways while carrying goods to market. In the treaty negotiated with the United States, the Yakama people gave up millions of acres (90 percent of their land) to protect the right to travel. Members of the Yakama Nation have exercised this right for generations.

Cougar Den is a fuel wholesaler that has been importing fuel from Oregon si...