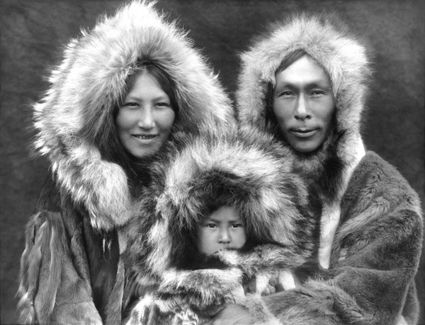 Alaska is in danger of losing native languages such as those in the Inuit-Yupik-Unanga family spoken by this family of an Inupiat Eskimo mother, father and son photographed in 1929 by Edward S. Curtis.

"This order focuses on concrete ways Alaska can show leadership to support its first people and their languages-one of our richest and most at-risk resources," Walker said. "It's our responsibility to acknowledge government's historical role in the suppression of Indigenous languages and our honor...