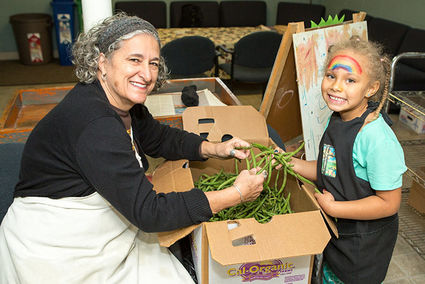 Volunteers Kathy Ericson and Kay'Denze Farrier sort beans for guests to take home after their meal.

MINNEAPOLIS, Minn.-Don't call First Nations Kitchen a soup line. Yes, it serves dinners to those who can't afford them, but that's where the similarity to traditional community food services ends.

Randy Johnson has been on both sides of the table. He regularly volunteers now to work at the Sunday evening dinners, but he's also been on the receiving end of the transaction.

"I've been through some tough times myself," said Johnson, who, after confronting addiction issues, is b...