When Cheyennes Helped Me 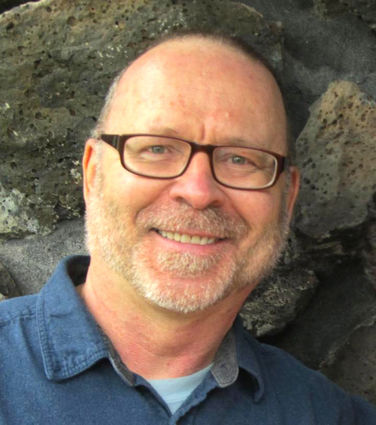 Wayne Leman, an Alaska Native, worked with the Cheyenne for many years. In his darkest hour, it was the Cheyenne who came to rescue him. "They were the ones with whom I felt safe. I shared my story and it was a breakthrough."

Twenty-five years ago, our mission administrator told us he was requiring us to move from the Cheyenne reservation to one of our mission centers to get counseling. It was a shock to hear that, but we moved. Counseling sessions were confusing. I didn't understand why we had been sent to counseling. But I did the best I could and talked about whatever I could think of might be a problem.

I talked about how my father had abused my mother and me as I was growing up. My father would beat me and bawl me out for accidents and other things I couldn't help. It was not discipline for things I did wrong; I lived in fear of my father. After each of his rages, he would come to me and tell me he was sorry. He told me he would try not to do it again. He told me he prayed, asking God to help him. I learned not to trust my father.

As a young child I would look up at the starry Alaskan sky at night. I remember wishing I had never been born.

When I was in sixth grade, I wrote to a Christian psychologist who had a radio ministry and asked if his counseling center could help my father. He wrote back and said they could. I showed the letter to my father. He refused to take that help. He said, "I can do it on my own." But he couldn't. He kept beating Mom and me.

I lived with constant fear, trying to gain some sense of self-worth by becoming a high achiever in school. Dad also required it. He would get upset with me if I got grades lower than a 94 percent. Unfortunately, the bigger boys bullied me at school. I wanted to be accepted for being me, not for achievement in school. I hated it when classmates would refer to me as being so smart. I hated it that they resented me for getting high grades. I wanted to be accepted by them as a regular person, whatever that meant.

As an adult when I started going to counseling sessions, I read a book by a psychologist who specialized in treating adult survivors of child abuse. It was a short book. Even so, it was full of wise words I needed to hear, but I had difficulty understanding them. The first time I tried to read it, I didn't get very far. I wasn't ready in my process of recovery.

After a few months I tried reading the book again. This time I tried even harder to understand what Dr. Gil was saying. She wrote that as adults we need to feel the painful emotions we hadn't been able to experience when we were young and being abused. I didn't know how to go about feeling those emotions, but I tried. I remember groaning out words like, "I love you, Dad." I wasn't yet ready to feel how deeply wounded I was, but I opened myself up to feeling the pain.

Maybe I also called out to God, "I love you, God." I do know that He gave me a gift I will never forget. I heard him say to me, "I love you, My son." I needed that. I needed it as the emotional bottom dropped out of my life. I crashed. I began three days of confused thinking and difficult emotions. It's like I went into a deep dark hole. I just stayed in bed. My wife would bring me ice chips; that's all I would eat or drink. She contacted our counselor and asked him if he would be willing to visit me in our bedroom. He did. He sat beside our bed and didn't say much. I'm sure his heart went out to me as I suffered. He did ask me to make two promises to him: that I would not try to commit suicide, and I would not go crazy.

I told him I could make the first promise (later, as I confronted the cesspool of painful memories and feelings, even that promise was tested, but I never tried to commit suicide and I never really wanted to, although I very much wanted my pain to end). I told my counselor that I didn't know if I could keep the second promise. I already was feeling like I was so terrible that it felt like craziness.

I no longer was able to manage my life by keeping the painful feelings of abuse stuffed into an emotional closet. I had to deal with it. The road of recovery ahead of me would be difficult and long, but I tried my best.

I sank into deep depression. Our mission doctor would not prescribe medicine to help. So I went to another clinic that specialized in helping missionaries. The doctor there prescribed an antidepressant for me. It helped.

My wife was on the executive committee for our mission area. Sometimes she had to fly to attend committee meetings. I would be left with my confused, painful thoughts and our dear children.

One early morning the desire to end my pain was so intense, I was thinking about how our kitchen knives could help me end the pain. But I didn't want to leave our children without a father nor did I want to make a widow out of my wife. I wished God would let me have an "honorable" way out of my pain through something like a heart attack.

I felt the need for someone to sit with me, understand, and help me through. So I called a missionary friend, asking if he could come to our house to be with me. He said. "It's five o'clock in the morning!"

He came and sat with me and he listened well. I made it through that day and never again had such an intense desire to end my life.

I learned I could reach out for help when I really needed it. I learned that there are people who cared for me enough to sacrifice sleep to help. I never had been able to ask for help when I was growing up, being abused so much. I didn't know of anyone who could help then. There was no one I could trust. If Dad found out that I tried to get help, he might beat me even worse.

After several months of counseling, I needed to speak at a conference at one of our churches. I tried to tell them what I was learning about recovery from childhood abuse. As I spoke, I felt things getting blacker and blacker in my brain and my words were coming out of my mouth more and more slowly. I knew this feeling. It meant I was going to faint, which I had done before. I had to quit talking and ask my wife to finish for me. I felt ashamed to do that in front of those people. I had tried to gut it out, and I had failed.

After that, my usual fear of perform-ing in front of groups became even worse. I couldn't speak before any groups for a year. And we had to visit several churches in California during that year. My wife was understanding and spoke for both of us. One of the kind men from one of the churches took us out to a restaurant. I told him I wasn't able to speak in front of groups. He said, "But why? We won't hurt you."

"I know," I told him. It didn't matter what I knew with my head. Another part of me had me bound in fear.

Before one of our visits back to the Cheyenne reservation, our pastor contacted me to tell me that he would be gone the Sunday when we would be back. He asked me if I would take his place at the pulpit and tell the church folks what we'd been learning. Before church the pastor's cousin came over to talk to me on the porch of the log house where we were staying. He asked me if our pastor had contacted me about speaking. I said, "Yes." Then I told him, "I don't know if I will be able to speak. I haven't been able to speak to a group for a long time."

Then he told me something I had never heard before in my life. He said, "You don't have to speak. We can just have sharing during the sermon time. If you feel like sharing you can. If you don't, it's OK."

No one had ever told me before that it was OK not to do something because I felt I couldn't do it or was too afraid to do it. When the sharing time came, I felt so strongly that I wanted to share that I just started talking about our counseling. I didn't go to the front of the church. I just stayed sitting in our pew. I cried as I told our Cheyenne friends about growing up with abuse and how I was trying to recover from it. I could hear Cheyennes crying with me. After church many of them came up to me and hugged me. They understood. Many of them had experienced abuse of various kinds. Our dear Cheyenne friend Louise Fisher told someone, "Well, I'm glad that Wayne explained that. We thought that there was something wrong with us because Wayne had said that you had to move to deal with personal issues."

We had come to minister to the Cheyenne people. It was their turn to minister to me. They were the ones with whom I felt safe enough to tell my story. It was a breakthrough.

Since then I have had more counseling. Some wounds are very deep and take time to heal. I know that God doesn't require me to be perfect in order for him to love me. I know that I can't just gut it out in life and make it on my own. I am learning that my Heavenly Father can be trusted even though my earthly father could not be trusted. I have been learning to forgive.