By Film Review by Will Krischke

Sweet Country is a ponderous, brutal, and powerful movie about life in the Australian Outback in the 1920s. It is a very fine piece of filmmaking that I recommend with caution: those who have experienced trauma will find plenty of triggers here. This is a tragedy. From the very beginning, there's a sense of dread hanging over every scene, a feeling that something bad will happen-it's inevitable, and no one can do anything about it. You almost don't want anything good to happen first, because it will just make it worse when the bad things happen.

Hamilton Morris stars as Sam Kelly a "black fella" who works alongside a preacher (Sam Neill) on a ranch. The preacher treats him as an equal, but all the white men around see him as livestock. When a drunken crazed "white fella" (Ewen Leslie) comes looking for a runaway boy (Tremayne Doolan), Sam shoots him in self-defense. The killing is clearly, almost ridiculously justified, but when an Indigenous man kills a white man in 1920s Australia, only the most naive people would expect him to get justice. So, Sam goes on the run, keeping a step ahead of the army colonel sent to track him down. (The army posse is aided by another Indigenous man named Archie, played by Gibson John, whose performance is perfectly modulated; he knows exactly what to say to the white men to keep them from punishing him, while leading them in circles and into an ambush he claims to know nothing about. It's a perfect example of the kind of passive-aggressive resistance to oppression and injustice that white men end up labelling "insolence.") But Sam can't run forever. His wife is pregnant, and when he turns himself in, it is an act of self-sacrifice; he knows what will more than likely happen to him at the hands of the law, but it's the only way he has to protect his wife.

Director Warwick Davis (who also directed Samson and Delilah) isn't in any hurry, and some viewers will definitely find Sweet Country too slow. And yet the plot sometimes can feel overstuffed; subplots involving a white rancher with a half-caste son, and the colonel's prostitute/sweetheart and her daughter, never feel fully developed. But wow, does Davis have a fantastic eye. It's fair to expect a movie set in the Australian outback to have its share of glorious desert shots, but Davis goes above and beyond; this film is stunningly composed, setting things in the foreground and background, taking advantage of mirrors, doorways, and reflective pools in ways that make Sweet Country a pleasure to watch.

And it's a thematically rich film. The white characters in Sweet Country are essentially nihilistic, and the film makes no bones about it; they glower and scowl whenever the preacher mentions Jesus (or, in a brilliantly dark and funny scene, sing, "Jesus Loves Me" at a campfire) and know that the only morality they have left is the morality of stubbornness and willpower. They are brutal and savage and will get what they want, as long as what they want is nothing worth having; peace of mind and harmony with others (or the land) are completely out of their reach. This is why the white man will always "win" in movies like this; the only things that matter to the Indigenous people-integrity, family, honor-have been completely abandoned by their adversaries. You either become the monster to fight the monster, or you die with your sense of self intact.

The preacher stands in the middle of it and sees clearly; he is on the side of the Indigenous, because their values are his. He's hated and despised by his own people, but (understandably) barely trusted by the Indigenous people. He wants to promise those who follow him that the Lord will take care of him, even as he sees their death coming as certain as the dawn. It is fitting that when he is fairly certain his friend will be hanged for killing a man in self-defense, the scripture he reads isn't "The Lord is my shepherd," but is from Revelation 22: "He that is unjust, let him be unjust still: and he which is filthy, let him be filthy still: and he that is righteous, let him be righteous still: and he that is holy, let him be holy still. And, behold, I come quickly; and My reward is with Me, to give every man according as his work shall be. I am Alpha and Omega, the beginning and the end, the first and the last."

Justice comes, but it comes slow, and a lot of good people will die before it gets here. 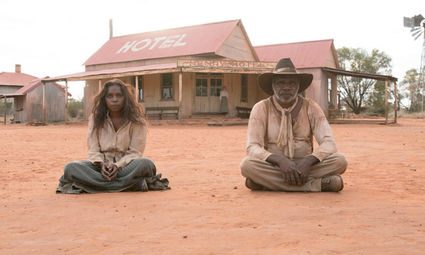 his wife work with InterVarsity in Durango, Colorado, where his wife directs Native Ministries for InterVarsity.