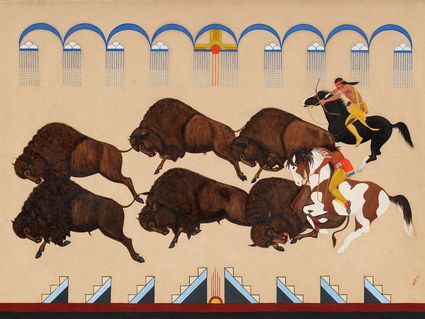 The Museum of Fine Arts, Boston

BOSTON, Mass-The Museum of Fine Arts, Boston (MFA), has announced the gift of the estate of David Rockefeller from the Collection of David and Peggy Rockefeller-an acquisition including 52 works of art by Native American artists and works representing Native American culture. The objects in this cornerstone gift were assembled primarily by John D. Rockefeller, Jr., and Abby Aldrich Rockefeller in the 1920s and 1930s, and include Plains beadwork, Navajo (Diné) weavings and rugs, Nez Perce cornhusk bags and one Taos School painting, as well as pottery, watercolors and baskets by a variety of artists from 13 Native American tribes and nations.

"These significant examples of Native American art will allow us to broaden the stories we present in our galleries and further explore in our public programs," said Matthew Teitelbaum, Ann and Graham Gund Director. 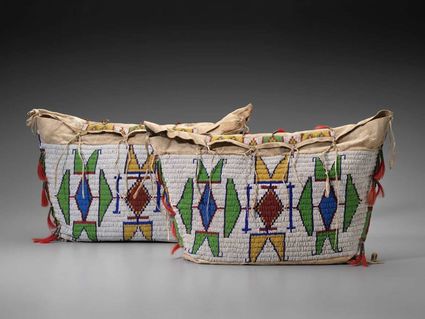 The Museum of Fine Arts, Boston

John D. Rockefeller, Jr., and Abby Aldrich Rockefeller acquired most of these pieces during their travels throughout the American West in the 1920s and 1930s. At the time, John D. Rockefeller, Jr., became active in the growing land conservation movement in the U.S. and sponsored projects related to Native American art and anthropology in the Southwest. The Rockefellers purchased and later donated thousands of acres of land for the National Park Service at this time, including at Grand Teton National Park, while purchasing many of the objects directly from a number of artists, including renowned potter Maria Montoya Martinez (Poveka or Water Pond Lily) (1887–1980, San Ildefonso Pueblo) and her husband, Julian Martinez (1885–1943, San Ildefonso Pueblo)-acquiring some of the first blackware pottery they ever made.

"The MFA's efforts to collect Native American art began in the 1870s, shortly after the Museum opened to the public, but then diminished in the decades after the 1910s. These objects, which were made or collected during the 1920s and 1930s, are an important complement to our current collection," said Dennis Carr, Carolyn and Peter Lynch Curator of American Decorative Arts and Sculpture.

The MFA is one of two institutions to receive a gift of Native American art from the estate, along with the Mesa Verde National Park Museum in Colorado, which John D. Rockefeller, Jr., helped to sponsor in the 1920s.