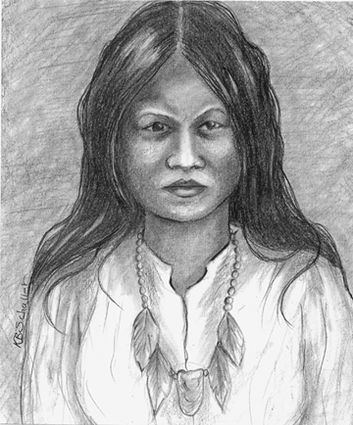 Mediator between the U.S. military and the Apache

Information about her is sketchy-including her date of birth and the specifics of her death-but Dahteste (ta-DOT-say) was a member of the Chiricahua Apache band.

Dahteste fought with the warrior Geronimo when the Apaches warred against Mexico for having murdered Geronimo's family. She also fought against the United States for its encroachment and colonization of Apache ancestral lands. Dahteste was reputed to have been quite lovely, and fastidious about her appearance. Yet, even though she was married and a mother, she chose the warrior's...