Parliament and the pope at odds over Indigenous apology 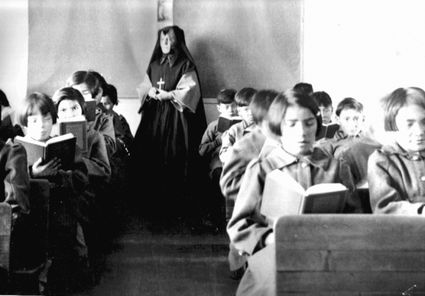 Students at the Fort Albany Residential School. In many of the residential schools, children were harmed or tortured in an attempt to separate them from their Indigenous identity.

OTTAWA-Canada's Roman Catholic bishops recently announced that Pope Francis would not apologize in the foreseeable future for the boarding schools designed to force approximately 150,000 Indigenous children to obliterate their cultures and languages. Over 150 years, about 70 percent of children went to schools operated by the Catholic church.

Given this news, the Canadian House of Commons may soon, in a rare move, consider a motion to request that the bishops return to Rome pressing for a papal apology.

Thousands died in the schools between 1880 and 1996, and many were victims of physical...