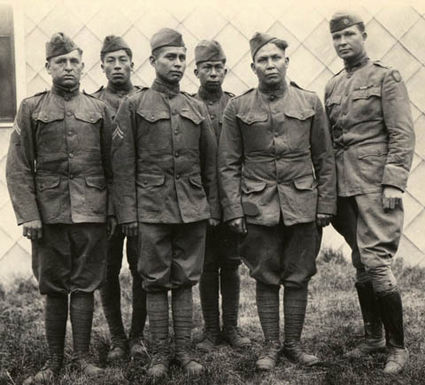 About 400 to 500 Native Americans served as Code Talkers in the world wars.

GALLUP, N.M.-The state of New Mexico is one step closer to getting funding for a museum honoring Code Talkers, as the Senate Indian and Cultural Affairs Committee unanimously voted for a bill asking the Legislature to allocate $1 million to build a Navajo Code Talkers museum and veterans center in New Mexico, near the Arizona border.

Code Talkers served in both world wars. In World War I, people from the Cherokee and Chocktaw tribes pioneered the practice of communicating in codes based on their languages. In World War II, there were approximately 400 to 500 Native Americans in the Marine C...