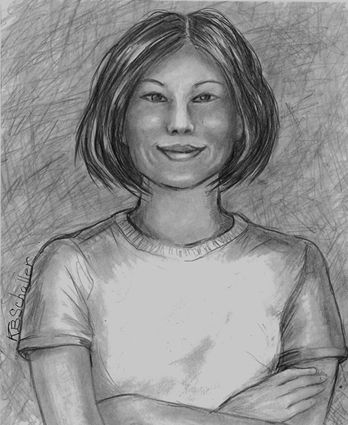 The eldest of five children, Alvina Begay was born on the Navajo Indian Reservation to Alvin and Wanda Begay in Ganado, Arizona. She learned responsibility early: while her mother worked full-time, Alvina cared for her younger siblings.

She used what little "down time" she had running across dirt roads of the mesas and trails of Ganado. Her goal was to one day qualify for the Olympic trials. For a dream that grand, Alvina kept her mind, body and emotions in top condition.

During junior high and high school, Begay lettered in track and cross-country. After graduating from high school she a...