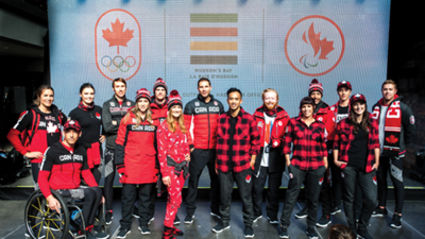 OTTAWA, Ont.-During the February 2018 Olympics in Pyeongchang, South Korea, Indigenous youth from Canada were well represented by these athletes:

One of the world's most skilled snowboarders, Spencer learned how to snowboard from her dad and sister when she was 11 years old. At 15, she started slopestyling and finished 12th in women's slopestyle at the 2014 Olympic Winter Games and won the gold medal at the 2013 FIS Snowboarding World Championships, as well as five medals at the Winter X Games.

Spencer's grandmother is from the Kwakwaka'wakw First Nation. Spencer has donated...