By Film Review by Will Krischke 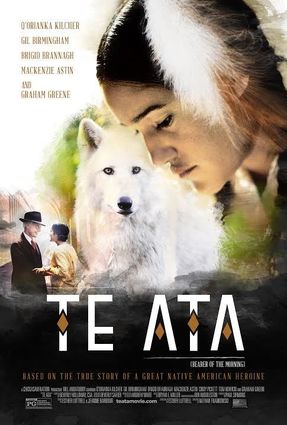 Te Ata feels like a Hallmark production, if Hallmark were ever even slightly willing to be critical of the United States government and its Indian policies. It is a well-meaning tribute to Chickasaw storyteller Mary Francis Thompson, whose stage name was Te Ata. According to the film, that name means "Bearer of the Morning," and her grandmother gave it to her when she was a baby because she wailed so loudly at dawn.

Thompson (Q'orianka Kilcher) grew up in Oklahoma in the early 20th century, when white settlers were claiming Indian territory as their own, and her father (Gil Birmingham) and...