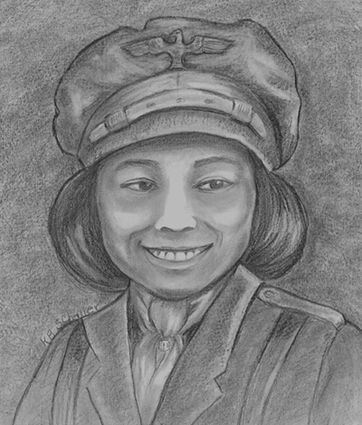 Elizabeth (Bessie) Coleman was called "Queen Bess" as she performed daring stunt maneuvers in the sky.

Born in Atlanta, Texas, in 1893, Elizabeth (Bessie) Coleman was the 10th of 13 children. Her parents, George (Cherokee heritage) and Susan Coleman (African-American heritage) were sharecroppers. When she was two years old, the family moved to Waxahachie, Texas, and lived there until Bessie was 23 years old.

Her father left Texas where he found the racial climate unbearable for people of color and returned to Oklahoma-known then as Indian Country-where he hoped to find better opportunities. Bessie's mother and the children stayed behind.

When Bessie was 23, she moved to Chicago and lived wit...