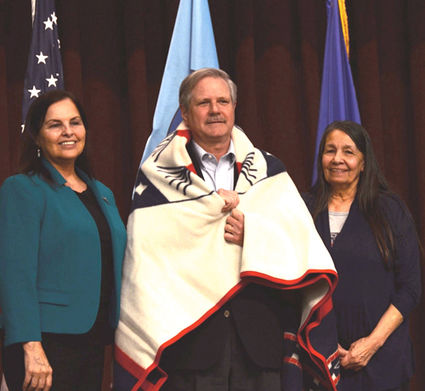 John Hoeven (R-ND), chairman of the Senate Committee on Indian Affairs (SCIA), is one of the sponsors of the resolution for Native American Heritage Month.

WASHINGTON-Senators John Hoeven (R-ND) and Tom Udall (D-NM), chairman and vice chairman of the Senate Committee on Indian Affairs (SCIA), led a bipartisan group of 21 senators in introducing a resolution to recognize the month of November as National Native American Heritage Month. The resolution celebrates the heritage, culture and history of Native Americans and recognizes the many contributions Native Americans have made to our nation.

"Native Americans have significantly shaped our nation's history and identity-from influencing America's founding fathers in crafting the Constitution, to...