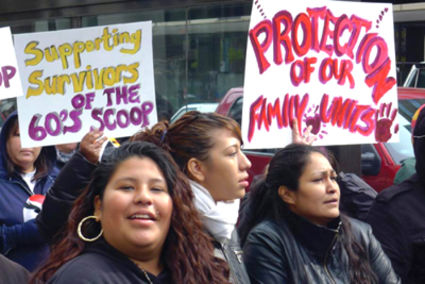 Demonstrators march in support of Sixties Scoop survivors at a Toronto rally.

On October 6, 2017, The Canadian federal government agreed to pay C$750 million to the survivors of the "Sixties Scoop" program, in which 20,000 First Nations children were removed from their parents' households and placed with non-indigenous foster or adoptive parents. The plaintiffs claimed that this caused them mental and emotional anguish and loss of their ancestral culture. Carolyn Bennett, Canada's Crown-Indigenous Relations Minister, announced the agreement.

"I have great hope that because we've reached this plateau, this will never, ever happen in Canada again," Marcia Brown Martel,...