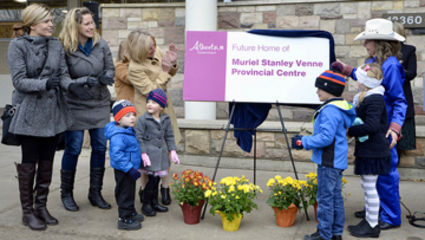 Office of the Premier, Alberta, Canada

Premier Notley with Muriel Stanley Venne and her family members.

In a historic first, a provincial government building has been named for an Indigenous woman.

In late October, during Women's History Month, the government announced the designation of the Edmonton facility, at 12360 142 Street, as the Muriel Stanley Venne Provincial Centre.

Muriel Stanley Venne has been a leader in the First Nations and Métis communities of Alberta for more than 30 years and has advanced the fair treatment of Indigenous peoples within all levels of society. Her activist path began when former Premier Peter Lougheed appointed her as one of the first seven commissioners to...