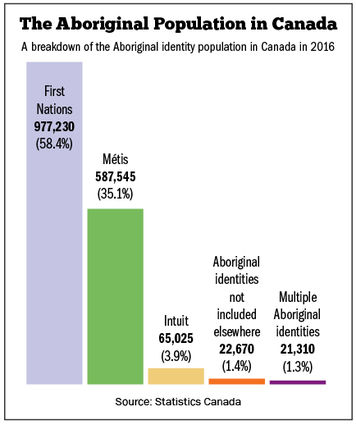 According to Canada's 2016 Census, the indigenous population of the country is growing at four times the rate of the rest of the population.

Nearly 1.7 million people identified as Aboriginal, which is a 4.9 percent share of the total population and a 42.5 percent increase since 2006, a growth rate more than four times that of their non-Indigenous counterparts.

Statistics Canada says the spike is a result of natural growth-increased life expectancy and a high fertility rate-as well as noting that indigenous people appear to be more willing than before to identify themselves as either First...