DreamTrek: Journey Through the Night's Door

A novel by KB Schaller 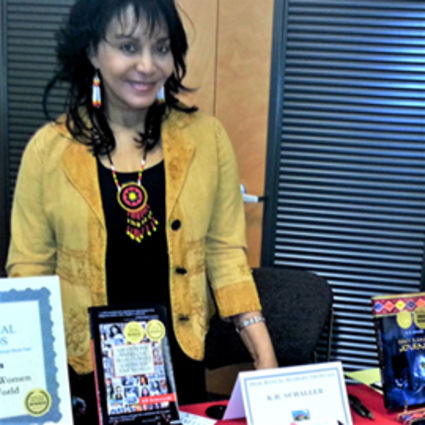 K.B. Schaller poses with her books, including the new DreamTrek: Journey Through the Night's Door at a recent book event.

A woman becomes torn between her husband and a man from her past as she uncovers a dangerous scheme in this third installment of a series.

After a tumultuous adolescence, Dina Youngblood, a striking Seminole/Cherokee beauty, is married to evangelist Aaron Burning Rain. They reside in the Bitterroot Confederacy of Indians, coexisting with colorful neighbors ("A male alligator-halpatee, in what Uncle Donnie called 'Seminole talk'-sounded his love song from a nearby waterway").

Aaron is devoted to Dina and planned to raise the son fathered by a man in a for...