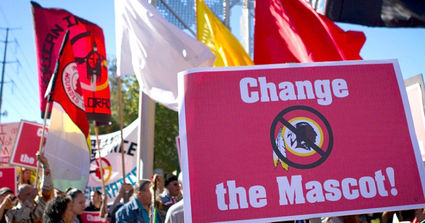 In a complex decision, the U.S. Supreme Court threatens the long-running case against the Washington NFL team's logo. The highest court changes the game.

A group of young Native activists, led by Navajo Nation citizen Amanda Blackhorse, had secured victory when the U.S. Patent and Trademark Office said the team's symbols were "disparaging" to Native peoples. A federal judge agreed.

But on June 19, 2017, the nation's highest court, in a complex ruling, changed the game. By a majority vote, the justices held that the federal law utilized by Blackhorse and her allies is unconstitutional....