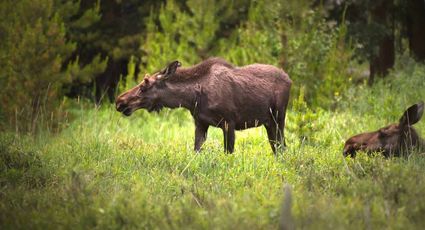 Rather than having a national park, First Nations leaders want an area model that would provide Indigenous protection for the area. They want to have greater control of harvesting rights.

LAKE WINNIPEG, MB-Over twelve years ago, the plan to create a national park including lowlands along the northwest shores of Lake Winnipeg were squashed by then Indigenous leader Ovide Mercredi. Now it is back having been resurrected from the grave but again it is creating a lot of debate and controversy.

The Canadian government included funding for it in this year's budget by indicating financial support for the 4,400-square-kilometre proposed park.

Supporters of the park say that it will protect the wetlands-a very unique ecosystem which also includes forests, beaches, sinkholes, lakefront cliffs, sand spits, and caves.

First Nations leaders ask why they were not consulted about the park. However, since the announcement was made, there have been discussions between government and Indigenous leaders according to Heidi Cook, the band councillor in charge of land portfolio for the Misipawistik Cree Nation which included Grand Rapids, Manitoba.

Rather than having a national park, First Nations leaders are proposing an area model that would provide Indigenous protection for the area. They want to have greater control of harvesting rights. Cook says that the federal government is beginning to listen.

"If it's an Indigenous-protected area, it puts more land and management of that land back in the hands of the people who have been here for generations," stated Cook.