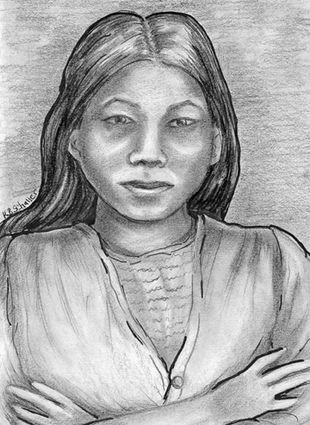 A woman of many other interests and talents, Madonna Thunderhawk was featured in the PBS documentary We Shall Remain (2009); is recognized for costume designs for the TNT movie Crazy Horse (1996); for her work in Lakota Woman: Siege at Wounded Knee (1994); Incident at Oglala (1992). She also designs regalia.

Madonna Thunderhawk is a member of the Oohenumpa Band of the Cheyenne River Sioux. Reared within the restrictive environment of the boarding school era (1860-1978), she was an early advocate of the Red Power Movement which was part of the 1950s-1970s era of U.S. civil rights activism and has participated in every Native American struggle of the modern era.

She is an original member and spokesperson of the American Indian Movement (AIM, organized in 1968) and a founder and spokesperson for the Black Hills Alliance (1970s) to prevent Union Carbide and other companies from uranium mining...