How to be a better man 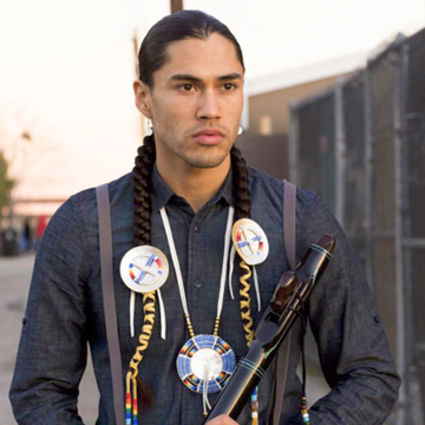 The path to becoming a better man means travelling the road of kindness. It means infusing the world around with kindness and compassion. Men who will embrace the power of kindness will find themselves living larger, better lives.

Recently, a woman who had recovered from breast cancer spoke with a group of women and praised her husband saying: "Richard is my blessing!" Then she shared a deeply moving story about him.

The woman explained this was a second marriage for both of them; that they were deeply in love; that their blended family worked beautifully. Richard was a widower when they met. His first wife suffered a lengthy, difficult death from cancer. She told her friends that twelve months into their courtship, she found a lump in her breast. Her doctor delivered the devastating news that it was malignant. Immediately, she thought about Richard and his children. They had been impacted by cancer once and were still in the healing stages of grief. Unwilling to bring this terrible event into their lives again, she called Richard immediately. Without explaining why, she abruptly broke off their relationship. Over the next few weeks Richard called repeatedly but she refused his phone calls and returned his letters.

However, Richard was not easily discouraged and continued to call and write asking to see her again. Finally, she agreed and arranged to meet him believing that a formal goodbye would convince him to stop pursuing her.

At this meeting, Richard was visibly strained but gently asked why she had broken with him. Holding back tears, she told him about the cancer, the surgery she recently experienced and the chemotherapy she was about to begin. "You and the children have lived through this once already," she explained. "I won't put you through it again."

Stunned and speechless for a moment, Richard responded: "You have cancer?"

Celia nodded and tears began to run down her face. Then Richard began to laugh with relief saying "O Celia, we can do cancer...we know how to do cancer. I thought you didn't love me."

Author Rachel Naomi Remen relates that story in her book My Grandfather's Blessings. It's instructive for everyone but for men in particular.

It is a compelling and inspiring example about the power of kindness. That story should speak volumes to men reminding and motivating them to unleash this power into all of their personal relationships.

English poet Byron reminds men that kindness is vastly more important than conquest and empire building. He wrote: "The drying up a single tear, has more of honest fame, than shedding seas of gore."

Those two statements about the importance of kindness are also a recurring theme in the Bible. More men need to reflect on these biblical calls to be kind. "Clothe yourselves with compassion, kindness, humility...."(Colossians 3:12 NIV). "Make every effort to add to your faith...kindness" (Second Peter 1:5, 7). "Be kind and compassionate to one another" (Ephesians 4:32).

The path to becoming a better man means travelling the road of kindness. It means infusing the world around with kindness and compassion. Here are some ways for men to do that:

Many men feel they don't have the experience or knowledge to be as kind and empathetic as they would like. They feel unskilled in the fine art of practicing kindness. This is an issue easily corrected by simply working at expanding one's kindness imagination.

One way for this to happen lies in paying attention to those more skilled and advanced in kindness. Observe them, learn from them and act like them.

Many men hold positions of power and authority. Chiefs, warriors, elders. Men ought to view that privilege as coming with the responsibility to cultivate cultures of kindness.

On a daily basis, every man has ample opportunities to choose how he will grow spiritually and emotionally. Men can choose to fan anger or they can choose to fuel kindness. They can be concerned only about themselves or they can care compassionately about others.

There's a legend about a boy and his grandfather. The boy, a five-year-old, is sent to spend the summer with his grandfather who is a respected tribal elder. He adores his grandfather and observes his every move. Soon he notices a pattern.

Every morning at sunrise, the grandfather goes to a closet in his home. He removes a necklace and places it on a table. Then he sits in silence for a few minutes. Afterwards, he puts on the necklace and continues with his day. Each evening at sunset the same ritual is repeated. After a few days, the curious youth asked: "Grandfather, what are you doing?"

"I am taking some time to quiet my spirit and honor our ancestors," the older man replies.

"But what is on the necklace?" his grandson says.

Taking it off, he shows it to the boy who sees that on it are the heads of two wolves.

"Grandfather, what does that mean?"

"Well, inside each of us there are two wolves fighting to control us. One of them is scared and mean and has a hunger that can never be filled. It cares only about itself. The other is brave and kind and shares whatever it has with others. It cares as much about the community as it does for itself."

Amazed and somewhat frightened by those symbols, the boy asks: "Grandfather, which wolf will win?"

The elder smiled at his grandson. "Whichever one we feed the most."

Men who will embrace the power of kindness will find themselves living larger, better lives. Their words and deeds of kindness will be self-transforming as well as elevating and transforming the lives of all those whom they encounter. Being one characterized by kindness and compassion is one of the most powerful contributions a man can make to his world.