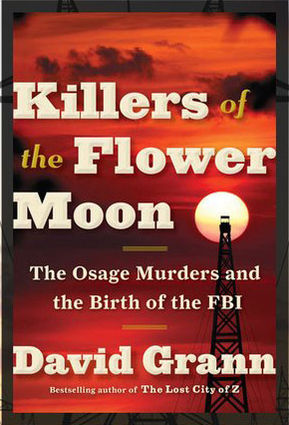 Another example of "out of sight, out of mind."

Killers of the Flower Moon: The Osage Murders and the Birth of the FBI by writer David Grann details the murders of dozens-if not hundreds-of Osage Nation citizens who were targeted because of their oil royalty payments. New York Times literary critic Dwight Garner offers a review:

Killers of the Flower Moon describes how the Osage people were driven from their lands in Kansas onto a rocky portion of northwestern Oklahoma-out of sight, out of mind. It became apparent within a few decades, however, that immense oil deposits pooled below those Oklahoma rocks.

The Osage people became wealthy from leasing their mineral rights; so wealthy that white America, stoked by a racist and sensationalistic press, went into a moral panic, a collective puritanical shudder.

"Journalists told stories," Grann writes, "often wildly embroidered, of Osage who discarded grand pianos on their lawns or replaced old cars with new ones after getting a flat tire." A reporter from Harper's Monthly Magazine wrote, ominously: "The Osage Indians are becoming so rich that something will have to be done about it."

Something was done about it. The federal government appointed white guardians to monitor many of the Osage members' spending habits. Even tiny purchases had to be authorized. The chicanery and graft were remarkable. Then things got worse.

Conversations with Native Artists and Activists

I liked this book because it had different Native artists who share about culture and identities.

It had a young native man named Litefoot, Cherokee, who was the first Native American rapper. He is also an actor and starred in The Indian in the Cupboard and The Song of Hiawatha. It also includes Native Canadian singer Buffy Sainte-Marie, referred to as the Indigenous Joan Baez. Sainte-Marie wrote the Academy Award-winning song Up Where We Belong which was featured in the film An Officer and a Gentleman.

I agree with W. S. Penn, author of All My Sins are Relatives who wrote: "...for anyone interested in Native America or the formation of identities, this collection is essential and, more important enjoyable." This is a fresh, informative and provocative presentation from a wide cross-section of Indigenous thought and talent.

The late E. K. Caldwell was a respected Native poet, musician, writer and interviewer and contributed articles and interviews published in magazines and newspapers. 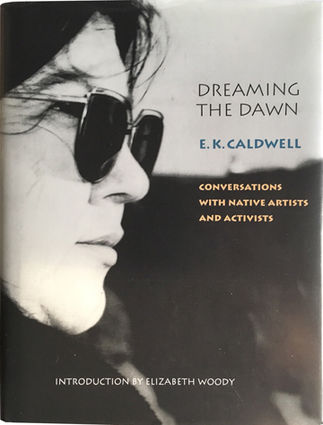 This Ojibwe poet has written a collection of poetry sharing her journey from being a Residential school survivor to her personal connections with friends and family. She shares how both good and bad relationships have shaped her.

WE SAILED TO AMERICA BEFORE COLUMBUS

This small paperback discussed theories of how Indigenous Peoples came to be in North and South America. "Interestingly, it's not a question at all for many North American Indigenous people. We've always been here is the thinking of many," writes Cree author and pastor Bill Jackson. "I believe the First Nations people need to see that God has included us in His plan, as well as the other nations of the world."