Violent portrayal about how terrible violence is Hacksaw Ridge

In a way, it's a contradiction 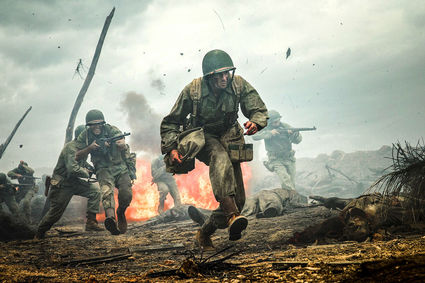 "Hacksaw Ridge," directed by Mel Gibson, is a thematic contradiction; it's a violent movie about how terrible violence is. Just like in his other movies, Gibson does not hold back when it comes to the blood, the bombs, and the intense scenes.The point Gibson works so hard to make is that you do not have to be violent in order to be courageous or a hero. A warrior is defined by his courage, not his kills, and sticking to your convictions takes as much courage, if not more,as putting yourself in a dangerous situation.

When he was a young man in West Virginia, Desmond Doss (Andrew Garfield) made a vow to God that he would never touch a gun or intentionally hurt another human being. In "Hacksaw Ridge" there are two incidents that inspire that vow-one, when he is a young boy and hits his brother with a rock. For a few terrible moments, he thinks he's killed him. Then, when he is a teenager, he takes a gun away from his drunken, abusive, self-loathing father (Hugo Weaving) and almost uses it against him. Which of these is the moment he makes his vow? In my life, it's usually not one event but a collected ser...