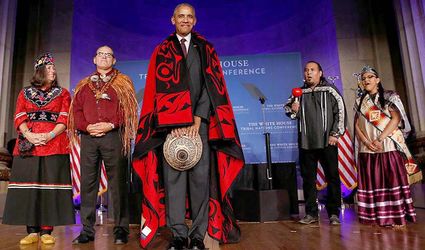 President Barack Obama made a promise to host an annual summit with tribal leaders to ensure that Native Americans could participate in important decisions affecting their communities. "We haven't solved every issue. We haven't righted every wrong. But together, we've made significant progress in almost every area," Obama told the eighth annual Tribal Nations Conference which was his last.

WASHINGTON, DC-At President Barack Obama's final White House Tribal Nations Conference in Washington, he announced that his administration will pay 17 Native American tribes a total of $492.8 million to settle long-standing disputes over mismanagement of tribal lands by the Department of the Interior. The settlement comes amid ongoing protests over the Dakota Access Pipeline.