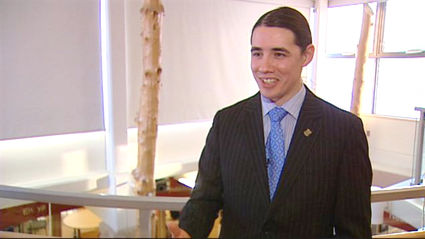 Dr. Robert Falcon Ouellette climbed a high wall to defeat the incumbent and win his seat in Parliament. Now he is working on behalf of Winnipeg Centre on what matters to them.

In last year's political landslide in Canada's federal politics, a young Indigenous man was elected to represent the riding of Winnipeg Centre in the House of Commons defeating a long-time member of parliament.

Indian Life editor Jim Uttley sat down with Member of Parliament Robert Falcon Ouellette to discuss his first nine months in office over a cup of tea.

We began our conversation discussing his staff and family. Robert is a family man and it doesn't take long before you can tell how important his family is to him. He also has high praise for his staff and volunteers. "Political...