De facto ambassador between the Cherokee and Euro-Americans 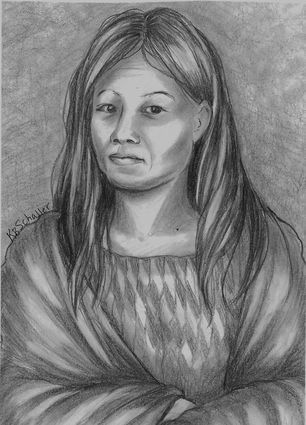 Ward is an important person in Cherokee history. Her actions, status, and the respect in which she was regarded by both the Cherokee and Euro-Americans made her an early example of woman's voices in politics.

In the Cherokee society of her day, Nanyehi (One who goes about) was known in the English language as Nancy Ward. There are seven clans of the Cherokee: Wolf, Bird, Deer, Long Hair, Blue, Wild Potato, and Red Paint. Members are considered as brothers and sisters and may not marry within their clans. Because the society is matrilineal, clan membership is attained through the mother, and women are the traditional heads of households.

According to the SmithDRays Nancy Ward page, she was born in Chota, de facto capital of the Cherokee Nation and a member of the Wolf Clan. Her mother was T...