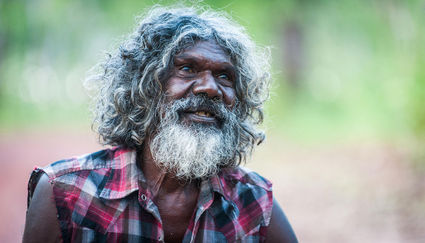 David Gulpilil is one of the busiest Australian actors. Whenever a film calls for an Aborigine, Gulpilil is called on. In "Charlie's Country" the focus is on what it's like to be Indigenous in Australia.

David Gulpilil has been around Hollywood movies for a long time. He's the actor most often called when productions need an Australian aborigine (really, it's kind of depressing how often on his IMDB page he's just credited as "Aborigine"), and you've probably seen him in movies like "Crocodile Dundee," "Rabbit-Proof Fence," "Australia," or "Walkabout." He has one of those faces you'll recognize, even if you don't recognize his name. It's easy to see why he keeps getting cast; he has a laconic humor about him, a way in front of the camera that is both mysterious, sad, world-wise and slyly fu...