Only woman to declare war against the United States of America 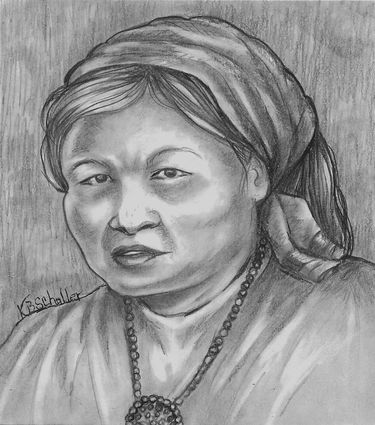 Though Amelia Cutsack Trice is known as the only woman in United States history to declare war on the federal government, she left a legacy of nonviolent use of the existing system to achieve justice, and she's also credited with helping to open doors in leadership for Native American women.

Born in Bonners Ferry, Idaho April 26, 1936 Amelia "Amy" Trice was the daughter of Helen and Baptiste Cutsack. She attended the Kootenai (KOOT-nee) Tribal School, Chemewa Indian School, and Bonners Ferry Public School. Although she contracted tuberculosis during her childhood and required periodic sanitarium treatment, she completed her education, and when she was only 20, she served as secretary on the Tribal Council.

She married Xavier Aitken in 1954. The couple had six children but their marriage failed. In 1969 she married David Trice.

For religious reasons, the tribe had re...