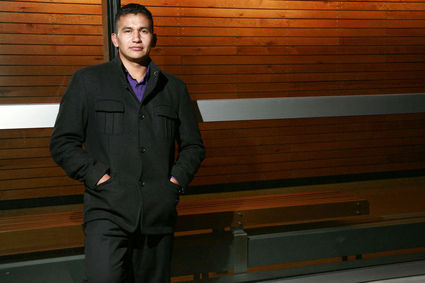 "I would like to step forward as a voice of renewal," stated the former broadcaster and university administrator when he became a star candidate for the NDP in Manitoba.

WINNIPEG, MB-Wab Kinew, well-known broadcaster, author and Native activist, pulled off a stunning surprise by announcing that he is going to run as a candidate with the New Democratic Party (NDP) in Manitoba's upcoming provincial election. If elected, he will fill the spot left vacant by Jennifer Howard, who announced her departure from the legislature.

"I would like to step forward as a voice of renewal," Kinew told a crowd gathered at the Gas Station Arts Centre.

Standing beside him were Manitoba's Premier Greg Selinger, Jennifer Howard, whose seat Kinew is running for, and his...