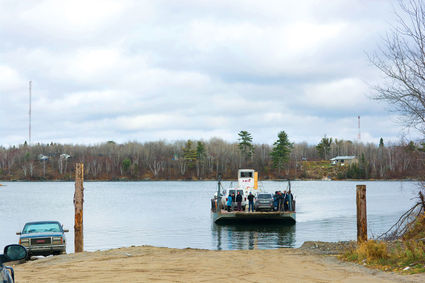 After years of discussions, broken promises and failure to commit, the First Nations community of Shoal Lake 40 will finally be getting their long-promised "Freedom Road," which will make this inefficient and often unreliable ferry unnecessary. Thanks to the efforts of political leaders, artists, and churches, this community will be permanently connected to the outside world.

SHOAL LAKE, ON-The residents of Shoal Lake 40 First Nations got an early Christmas present. Well, it's more a promise of one to come in the first part of the New Year.

After many years of political discussions, broken promises, and outright refusal to commit, Canada's government agreed to pay for one-third of the cost of building an all-weather road to the Shoal Lake First Nation. This decision and the eventual completion of the road will bring to a close many years of virtual isolation for this remote community.

The Indigenous Affairs Minister, the Premier of Manitoba, Winnipeg's...