"The wind rocked the little village long ago, blowing out every fire and leaving the people with no way to cook their food or keep warm. All they could do was hope for the arrival of the legendary Fire Walker to bring heat and light back to them."

So begins a unique story about a young Native child who discovers inspiration and courage in a time of crisis in her village. Creator had told the elders that a Fire Walker would find fire and bring it to the village. 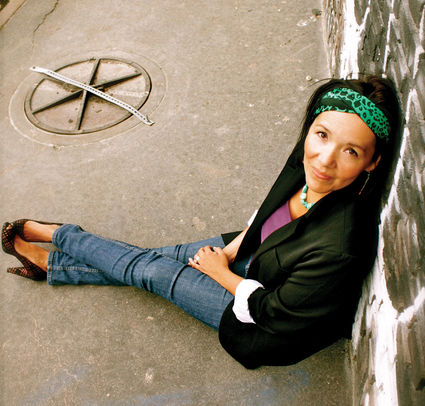 Shezza Ansloos is a Winnipeg children's writer, storyteller, award-winning singer and songwriter. In The Fire Walker, she writes about her young heroine who is told by her grandmother that she is the Fire Walker who would have to find fire and bring it to the village. Iskotew Opimohtew follows fireflies who lead her to find a fiery star that fell from the eastern sky. It took several months but at the end of their search, the fiery star couldn't be found. After a long search, a fiery star fell towards the earth's center. Iskotew Opimohtew wrapped it in her shawl and took it to her village. From this one star, camp fires throughout the village glowed with fiery flames.

The Fire Walker is available through Pemmican Publications and Amazon.